During Penal times the Catholics of York had to worship secretly in private houses and even on occasion, breaking into the castle to attend mass celebrated by the priests in prison there. During the 18th Century, mass was celebrated in the Shakespeare Tavern in Little Blake Street as well as in the Bar Convent, but in 1802, St Wilfrid’s Chapel was built to serve the York congregation. This soon proved inadequate and an impressive new church was envisaged, however, the influx of Irish immigrants into Walmgate made it necessary to build St George’s church.

It was designed by Charles & Joseph Hansom in Early Decorated style at a cost of £3,550. The foundation stone was laid on 25th October 1849 and it opened on 4th September 1850.

With the restoration of the hierarchy one month later the See of Beverley was created and St George’s became the cathedral church for the whole of Yorkshire, a status it enjoyed until the present St Wilfrid’s was built in 1864.

The altar is of Caen stone and was moved forward from its original position in 1972. Another notable feature is the Rood Screen, a fine wood carving of Flemish work now positioned over the sacristy door. The East Window is based upon a Pugin design and the memorial windows of the Lady Chapel were made & decorated by the Barrett family, and financed by the Palmes of Naburn, the Dolmans of Pocklington and the Coxes of Herefordshire.

The church takes its title from the medieval church of St George at Beanhills which was suppressed in 1547. The Churchyard may still be seen opposite the present church and is the burial place of Dick Turpin, the notorious 18th Century highwayman.

Due to the Potato Famine in Ireland there had been a big influx of Irish immigrants into the Walmgate area and it was felt that the new church should be built in this location.

So in 1849 a piece of land was bought opposite the ancient site of St. George’s churchyard, in George Street.

The architects for the church were Joseph and Charles Hansom (formerly of York) designers of the popular hansom cab. The church is in Early Decorated style and built in Tadcaster stone.

The church was commenced in October 1849, the builder being R Weatherley of Micklegate, Messrs Bookles and Ashmore being responsible for joinery and ironwork.

On the 25th Oct 1849 the foundation stone was laid and 4000 people attended this ceremony.

On Wednesday 4th September 1850 St. George’s church was opened with great ceremony and many dignitaries attending.

On the 13th of February 1851 the solemn enthronement of Dr Briggs as the first Bishop of Beverley took place at St. George’s church. The diocese of Beverly encompassed the whole of Yorkshire. 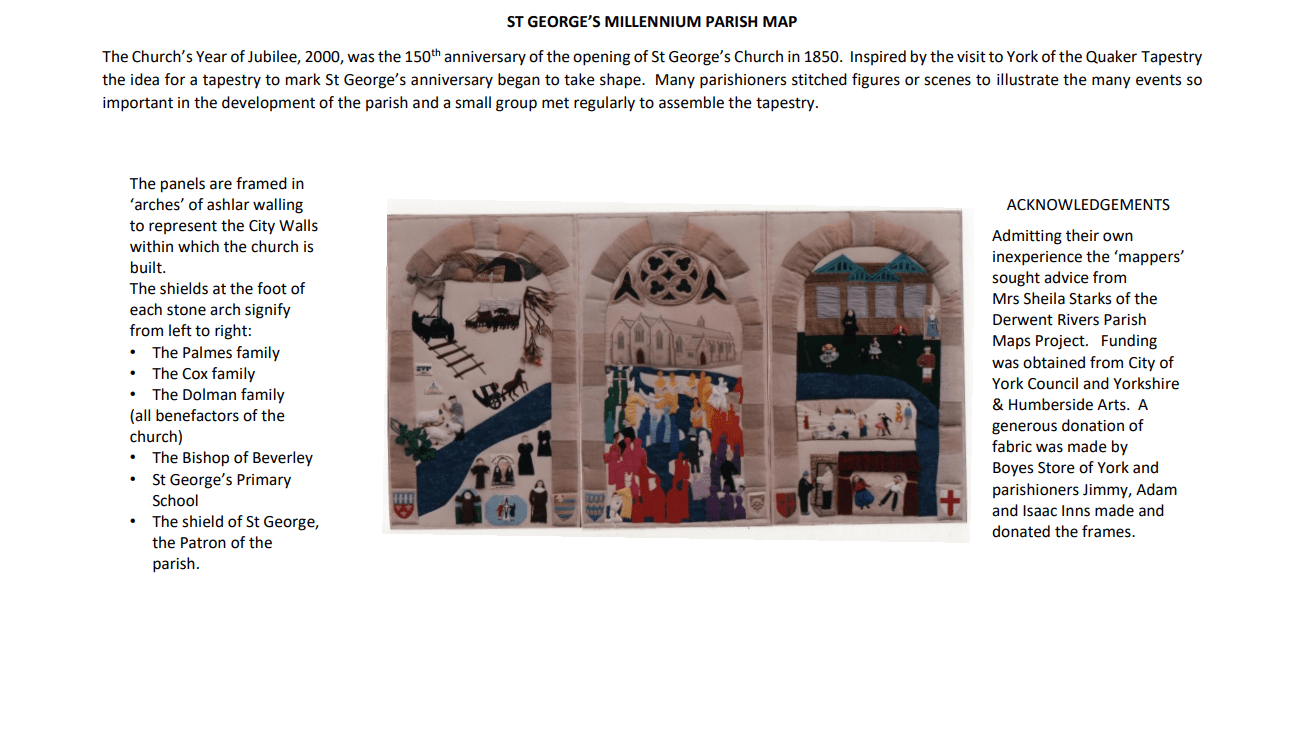 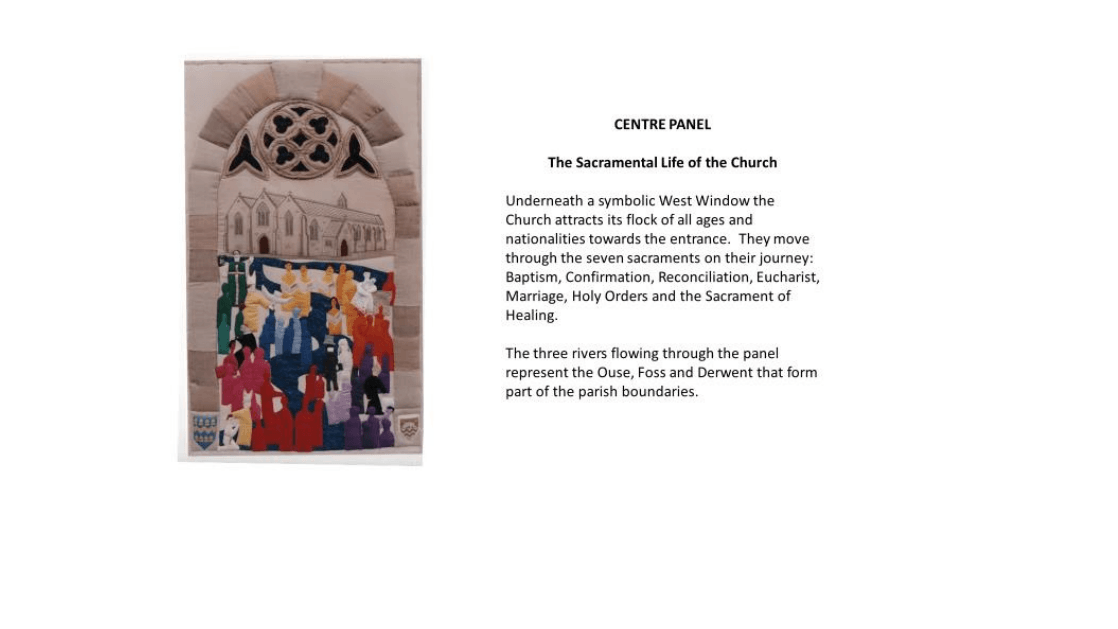 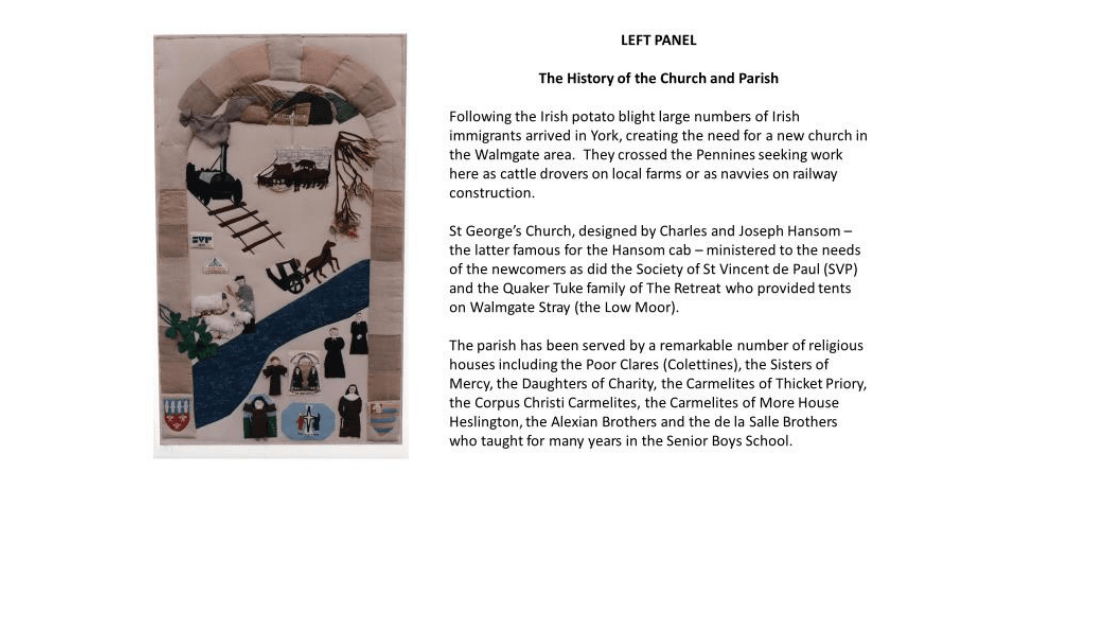 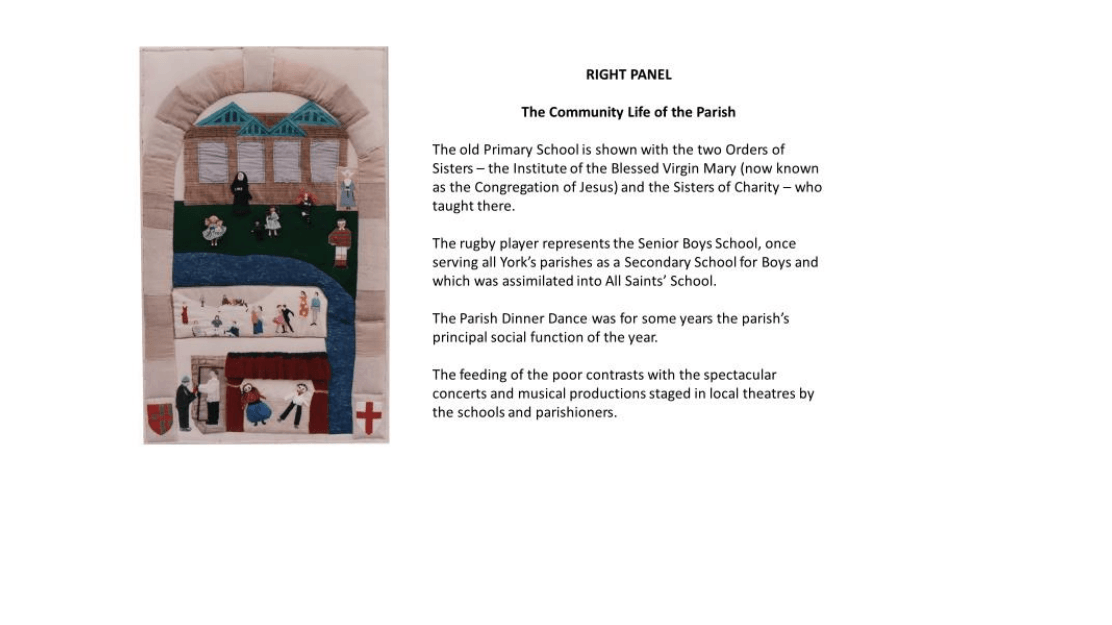